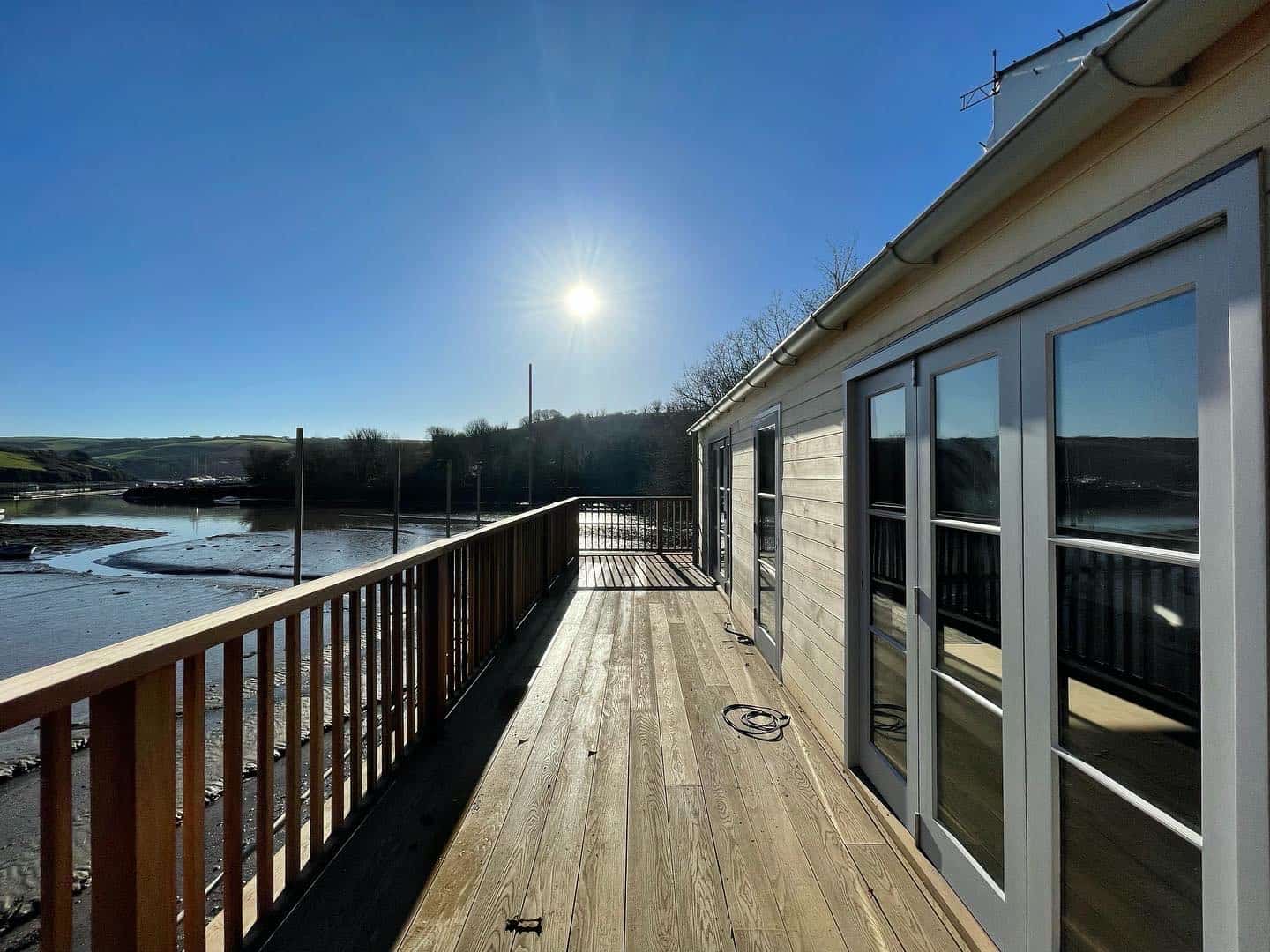 Since the turn of the new year, progress on site has continued at a rapid pace.

On the roof of the main house, the tiling has now been finished and the solar panels installed. On the lower ground floor, the underfloor heating has been installed throughout, ready for the screed to be poured next week. In addition, the glazing survey for the house has now been completed, with production due to start shortly.

Down in the boathouse, the floorboards have now been laid and the bar-top installed. In addition, the ceiling beams have been stained, but in coming out slightly darker than expected, we will be lightening them to match the bar top. The bar top was originally used for the in-house bar in the fire station that our father worked at in the Midlands, if only it could tell stories!

Finally, the swimming pool ground works have now been completed and the concrete slab poured, with the shell due to be formed by the concrete sprayers next week!

As always, a big thank you to our builders @lilburnelliottconstruction and all subcontractors for their hard work.